Justin Trudeau evoked the spirit of Wilfrid Laurier by referencing his ‘sunny ways’ sentiment during his party’s victory speech on Oct. 19. “Sunny ways” suggests an alternative to confrontational and divisive politics. Laurier mentioned it in the context of the infamous Manitoba schools question and Trudeau is suggesting it as a philosophical guide for his government’s approach in its coming mandate. The sun certainly shone for the Liberal party in Atlantic Canada on election night: 32 seats for, 0 against; a better result could not have been achieved. Indeed, the numbers are impressive, for example, consider the Liberal party’s percentage of the popular vote by province in our region: 64.5% (NFLD) 61.9% (NS) 58.3% (NB) and 58.3% (PEI) (Election Canada). 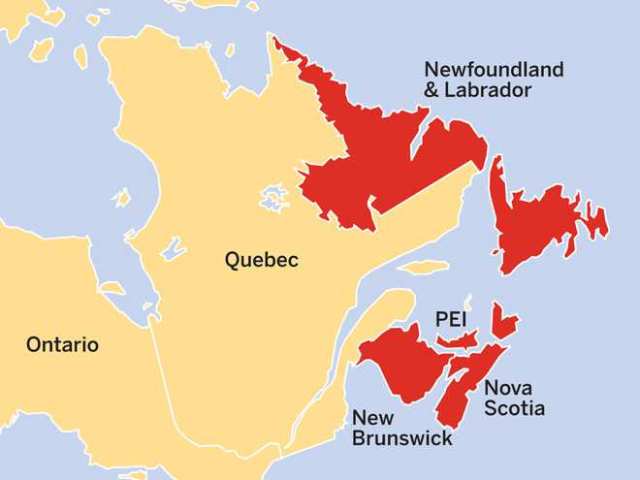 Beyond the numbers, what does this story say? For starters, an opportunity exists for our region since it has stood by the Liberal party for decades; when its fortunes fall this region is the last to abandon it, when the tide rises it delivers in a big way. Now, with a 32 member caucus there is a voice that the new prime minister would be ill-advised to ignore. However, that analysis is for another day. Let us return briefly to a more pressing question: what happened in Atlantic Canada on October 19? Entrenched Tories fell to the Liberal barrage in New Brunswick, icons of the NDP caucus were obliterated in Halifax, and a popular Conservative cabinet minister was defeated in PEI, Newfoundland and Labrador painted their province red, and defeated a popular NDP incumbent. Let me add to the speculation as to why.

Voting is not a rational act. Yes, you read correctly, a traditionally trained political scientist is asserting that rational choice theory is not a guide to explaining the intricacies of the solemn act of casting a ballot in a parliamentary democracy. My recent research (the last seven years) has strengthened my contention that politics is an artistic dance between form and content. Regional interests, party platforms and strategic voting only matter to the extent that they confirm our individual and collective story. It seems we create narratives and we live them. An artful political leader (with a supportive team) can create a narrative through imagery (pictures, word and sound) which is so potent it connects to us through feeling and reason. A felt response is essential in politics: Churchill used artful words to move a nation to resist the Nazis, Pierre Trudeau bid us follow him through the October crisis with a shrug and a glib ‘just watch me’, and now his son enchants us with a picture of sunny ways and a twinkle in his eye.

In my field, the power of imagery to evoke a political narrative is no longer much of a contested concept. Marshall McLuhan demonstrated the power of picture/text combinations to “make” metaphors and construct meaning in a variety of ways. This is supported by Jerome Bruner, an eminent psychologist, who explains “…human beings do not terminate at their own skins; they are expressions of a culture” (Bruner, p. 22). My own work (aided by my colleague, Nick Webb) is rooted in the scholarship of political scientist, Murray Edelman, who has shown that art (or imagery) doesn’t just describe political content, it creates it. However, as Edelman points out, there is no immaculate perception – contemporary political narratives must attach and grow from pre-existing ones. Indeed, these narratives need refreshed imagery in order to have a base of cultural support. Put differently, political communication need ‘furniture’ to hang identity on; furniture, in this case, is a metaphor for the future, a picture of a possible political narrative (see MacLeod & Webb, Edelman).

All of this is to support my claim that Trudeau absorbed the cultural narrative of Atlantic Canada and expressed it back to us in a way which moved us. Trudeau paid attention to us in the campaign – he promised jobs through infrastructure investment, and met with us in malls and conference halls. He took a morning jog in the streets of Halifax and posed for endless “selfies” with adoring fans. In contrast, Harper ignored us, he met in secret with Conservative party stalwarts and bolted from the region as quickly and quietly as possible. Mulcair played it safe, meeting with supporters in hotel conference rooms, while looking stiff and uncomfortable – it wasn’t enough. Moreover, to understand the story of this election, one cannot ignore the general revulsion our region held for Stephen Harper. His candidates had little chance: Harper was the villain and Trudeau became the hero needed to vanquish him; at best, Mulcair became the supportive squire to Trudeau, perhaps a helpful ally but he could not be trusted to deliver the coup de grace. Trudeau and Harper provided the first two acts of this drama and the voters completed the third act. Like any interesting story there is not a single event which provides the explanatory power which analysts often crave, the whole tale is needed to grasp the outcome. Also, this is not to suggest that issues don’t matter, they do – but they are always presented through the lens of a narrative. If the policy platform doesn’t connect to our story, we reject it. If we don’t trust or like the messenger the policy ideas fall on deaf ears. Finally, I am not arguing that Trudeau’s victory was inevitable; at any time during a campaign, events may have evolved to vault another leader/party into first place. Indeed, at various times in this campaign, polls suggested all three enjoyed the frontrunner status nationally. It seems to me, to accept the frame of ‘politics as a narrative’ is to also accept that the outcome is not predetermined.

Trudeau’s sunny way washed over traditional party voting allegiances, and skipped over provincial borders. One reading of this narrative is that the prince of Camelot visited our shores and many responded by making him our king. For now, Trudeau has enchanted us with his sunny ways and thrilled us with his victorious joust with Harper. I cannot predict Trudeau’s political future, but I do forecast it will make a great story.