If a sealer talks about conservation, does anybody hear?

This post was originally published on The Otter, and is reposted here with their permission.

Profound tensions have developed in the cauldron of pro- and anti-sealing politics in Eastern Canada since the 1960s. In environmental discourse, the animal rights/welfare activist has been cast as seal saviour and sea shepherd, in juxtaposition to the sealer, who, out of ignorance or greed or both, is devastating the environment: “the club-wielding, gun-toting Canadian embarrassment.”[1] Yet a discourse of conservationism and ecological balance has also undergirded the worldview of most Newfoundland sealers of the past half-century, although their concerns have been sidelined as illegitimate in anti-sealing campaigns.

European settlers and their descendants on the northeast coast of Newfoundland have carried out two types of sealing since the 1700s. The original form was a landsman hunt carried out by men, women, and children as seals came into bays and harbours, where they were netted or harvested from small boats. Communities utilized the entire animal: meat and flippers fed humans and work dogs; pelts (both waterproof and warm) became hats, coats, mitts, and boots; blubber was rendered into oil for heat and lighting. From the late eighteenth century onwards, as larger vessels were able to travel further to the whelping ice of the harp seals (“the Front”) and as a demand for seal oil arose to light the streets and grease the machine belts of the industrial age, the hunt was carried out on a much greater and destructive scale. Owners dispatched their vessels to the ice with the toast “Bloody decks and a bumper crop!” Sealers risked deplorable and dangerous conditions to earn extra income in the down season of the fishery.

Over-harvesting and a market preference for newly-emerging petroleum products over seal oil led to a much-reduced effort in the twentieth century. The whitecoat remained desirable, not only for its thick layer of blubber but also because of an increasing demand for the pelt in the fashion industry. Still, the sealing fleet at the Front was steadily declining by mid-century, although landsmen continued to harvest more moderately for commercial and personal use. This was the state of the industry when animal rights and animal welfare activists began to protest the hunt in the 1960s and 1970s. As a result of increasing pressure from environmentalists—particularly IFAW’s effective pitch to the EU and US to ban the import of all Canadian fish products—Canada ended the offshore commercial whitecoat hunt in 1987. Some 5,000 landsmen in Newfoundland were left to harvest beaters,[2] juveniles, and adult seals from vessels 65 feet and under. Since then, they have struggled to position themselves as responsible and ethical primary producers while maintaining a sufficient effort to continue their marine-oriented livelihood. 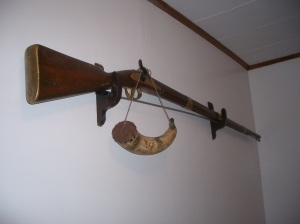 As in the case of other resource industries, environmentalists have distanced Newfoundland seal harvesters from sustainable solutions for resource management. Many sealers admit that the industry has made mistakes in the past. Yet they separate their ethos from the hunger for profit that drove the large-scale commercial hunt. Retired sealer Ray Elliott speaks of the immorality of capitalist forces that had held working-class sealers captive because “they got to pay for their dinner; they got to make money.” As a result, they were “forced to do things to satisfy the market, and that’s very destructive to the food that’s feeding us.”[3] But that intensity of effort has long since declined. Those whose families have been primarily involved in the landsman hunt argue that they have always been good stewards of the environment. “Our forefathers … had more insight and were more conservation-minded than what the protesters are now,” Boyd Noel of St. Anthony argues, “because they only took what they needed” to provide for their families and communities.[4]

Coastal communities engaged in sealing as part of “the rhythm of the seasons.” It heralded the start of the fishing year. The income helped fishers gear up for other fisheries: herring, then capelin, followed by groundfish (cod, turbot, flounder) and, in recent decades, crab and shrimp. Jack Troake, a sealing and fishing skipper in Twillingate, describes the vulnerability of coastal people’s livelihoods and the havoc that can be wrought when any part of that fishing cycle starts unravelling:

Life here goes in circles. . . . Some years because of the weather, you won’t be able to start groundfishing before July month and the weather will get bad and you’ll be finished again September. But that year you might have a real good sealing season and make up for it. . . . But when they start taking away parts of the circle, like stopping the seal hunt, well, by and by, the whole circle’s gone and that’s the end of it.[5]

Fishers and sealers recognized the need to maintain a balance in nature well before government scientists and activists came on the scene. “They probably couldn’t see the scientifics of it,” Elliott observes, “but they could see the realities.”[6] John Gillett of Durrell argues that they are “a lot better managers” than the Department of Fisheries and Oceans. “We’re on the ocean. We see what’s going on …. We know what the environment is. We know what to look for.”[7] Sealers feel that “urbanites” and “elites” are too removed from the realities of living in a coastal environment to understand the interdependence of all species, including humans. “Life depends on life,” Alan Richards observes. “There’s no way out. Fish eat smaller fish, and smaller fish depend on an insect…. If I’m going to live, an animal must die.”[8] Prey and predator: each has its place. Sealers wonder, then, why they are not seen as a part of the ecosystem that is worth saving—why a sustainable landsman hunt is deemed to be out of place—and worry whether they are actually the species at risk.

One of their ongoing concerns—shared by most Newfoundland fishers—has been the effect that increasing seal herds are having on other fish stocks, such as cod and capelin. The worst of their fears seemed to be realized when, in the face of drastically declining stocks, the Canadian government called a moratorium on harvesting northern cod in 1992. Other groundfish species were added the following year. Although “the scientifics” of the matter are still not clear, common sense tells them that allowing populations of larger fish-eating mammals such as seals to increase dramatically is wreaking havoc with smaller species in the food chain. “Nature is crying out,” Richards told me. “The resources of the sea are no longer in balance.”[9]

Intriguingly, amidst calls by politicians and fishers alike to increase seal quotas and even revive the offshore seal hunt, some of the province’s most respected landsmen have provided a voice of sober second thought. Harold Small, president of the Northeast Coast Sealers Co-operative, warned against “killing seals just because they’re out there.” If anything, he noted, the re-instatement of an offshore hunt would set back the careful efforts of the landsmen to create markets for adult seals. He also cautioned against making the seal the scapegoat for the declining cod fishery, “trying to cover up the wrongs the deep sea fishing fleet [both Canadian and international] have committed in destroying our fish stocks.”[10] Wilf Aylward of St. Anthony cautioned discretion until DFO established more precise numbers on the seal population.[11] Mark Small, then president of the Canadian Sealers Association, warned against permitting non-professional sealers on the ice for a cull of the herd, a move that might precipitate inhumane harvesting.[12] And Jack Troake agreed: “It’s not the seals’ fault that there’s not enough fish for us and them.”[13] These are key themes of recent landsman discourse: harvesting must be sustainable; the hunt must be professional and humane; and the seal is not the enemy of coastal communities.

Sealers feel betrayed by those environmental groups who have not only failed to recognize nonindigenous human populations as part of the ecosystem, but have also used graphic images of the hunt to create huge war chests for other causes, leaving the sealers with no other way to supplement their livelihoods. These large-scale, well-funded campaigns have blurred in the public mind “the distinction between animal rights and conservation,” even though the harvesting has been sustainable and humane.[14] They have bred a disdain for working-class harvesters, local economies, and resource-based ways of life.

Those remaining in the industry have persevered with two major initiatives. Firstly, although they have always taken pride in their skills—their understanding of ice conditions and the movements of tides and winds, for example, or the ability to dispatch a seal humanely and pelt it properly—they are now more openly engaged in creating the modern, qualified sealing specialist: adopting alternate killing methods (currently, the rifle, although most say that the traditional gaff is still the most efficient), monitoring seal populations, training in new technologies on board boats, obtaining sealing licenses, and forming a Canadian Sealers’ Association to oversee the industry. Secondly, they continue to search for new markets (primarily in the east), utilizing the entire animal in a range of products: meat for seal sausages and pepperoni, oil for the food industry and seal oil capsules, by-products for poultry food, pelts for clothing and footwear. In part, they are responding to the criticisms of environmental groups. But more significantly, they are anchoring themselves to their landsmen roots in order to sustain themselves in an ecosystem that they believe has room for both humans and animals. Mark Small, one of their most articulate spokesmen, explains their stance:

Man’s role on this planet is not to preserve what nature provides, but to conserve it. . . . We depend on renewable marine resources and we have a responsibility to utilize them wisely. . . . Many thousands of fishermen like me have too much pride to let our industry go. We want to survive by the work of our own hands, with the pride and dignity of an earned income. We want to contribute to the economy. Canadians do not know who the endangered species really is. As a sealer, as a fisherman, standing before you today, I say to you that I am the endangered species. I am endangered but I will fight back and I will survive.[15]

Willeen Keough is an associate professor with the Department of History, Simon Fraser University.  She is currently working on a book project entitled Seal Wars: Conflicting Masculinities at the Labrador Front.

[2] Beaters are young seals that have completely shed their white coats and taken to the water. They have been weaned and abandoned by their mothers.

[5] Jack Troake, quoted in Stephen Kimber, “‘Without the seal fishery, what’s a man supposed to do?’ The boycott has dealt a cruel blow to the livelihoods of landsmen like Jack Troake,” Financial Post Magazine, 1 March 1985.

The Acadiensis Blog is a place for Atlantic Canadian historians to share their research with both a scholarly and general audience. We welcome submissions on all topics Atlantic Canadian. If you are interested in contributing to the blog, please contact Acadiensis Digital Communications Editor Corey Slumkoski at corey.slumkoski@msvu.ca.
View all posts by The Acadiensis Blog →
This entry was posted in Environmental History, Newfoundland and Labrador. Bookmark the permalink.