Posted on September 19, 2018 by The Acadiensis Blog

The University of Toronto Press has generously allowed us to publish the following excerpt from Jeffers Lennox’s award-winning Homelands and Empires: Indigenous Spaces, Imperial Fictions, and Competition for Territory in Northeastern North America, 1690-1763.

To talk about Acadia or Nova Scotia in the eighteenth century is to engage in an act of imagination. Empires were geographic fictions and the colonies that served as their constituent parts were little more than a collection of pales. Weak forts, hastily constructed trading posts, and small villages dotted the northeast in a land that was thoroughly controlled by Indigenous peoples.

[IMAGE 1] Maps that made, or could be interpreted as making, overt political arguments often led to trouble for the geographer. In July 1755, the French minister for foreign affairs angrily dispatched an agent to “scold” one of France’s most prominent geographers. Their meeting went unrecorded, but the agent apparently chastised Jean-Baptiste Bourguignon d’Anville for producing maps that supported Britain’s claims to Nova Scotia and Acadia, a strategic part of northeastern North America that France was loath to surrender. Other geographers, even those whose arguments better suited the claims of their imperial officials, also found themselves in hot water. For example, the Robert de Vaugondy family’s 1755 map of northeastern North America was hugely controversial. On it the mapmakers outlined the French and British possessions in the contested region of what Europeans called Nova Scotia or Acadia, but what remained the Indigenous homelands of Mi’kma’ki, Wulstukwik, and the Dawnland. The map saved only a sliver of land for Britain along the Atlantic coast of peninsular Nova Scotia. Gilles and Didier Robert de Vaugondy dedicated the map to Comte d’Argenson, who was Louix XV’s minister of war and secretary of state. When they advertised the map in an issue of Mercure de France, the Robert de Vaugondy family suggested that their map had been informed by papers from the Ministry. Such a claim implied links between official and public geographies and implicated the French government in Robert de Vaugondy’s conclusions. While claims to accuracy based on the latest knowledge were common, the political atmosphere in which this map appeared – at the height of the boundary negotiations –  caused a strong reaction from Britain. Robert de Vaugondy went beyond simply dedicating their map to government officials; they claimed to speak on their behalf.  The following month Gilles and Didier Robert de Vaugondy were forced to issue a retraction in the Mercure de France stating that they had not been privy to any maps from the French government.

[IMAGE 2] The publications of two geographers crystallize the French-British competition to define the importance and extent of Nova Scotia / Acadia. Their tracts demonstrate that the enlightened ideal of disinterested objectivity could not dull imperial bias, even among those who stressed the importance of value-free knowledge. From 1754 to 1760, Thomas Jefferys and Jacques-Nicolas Bellin (both leading figures in geography and mapmaking in Britain and France) issued maps and tracts defending, respectively, the British and French image of northeastern North America. This map war in the public press mirrored the real war in North America, as geographers became purveyors of imperial sentiment. In 1754, Jefferys published The conduct of the french with regard to Nova Scotia, in which he declared that Nova Scotia was “one of the most valuable British colonies.” The recent French encroachment into British territory in Nova Scotia was “a matter of so extraordinary a nature, and so injurious to the nation in general, that every true friend to his country ought to be fully acquainted with it.” Jefferys was quick to describe French geographers as little more than state agents, arguing, “[France’s] geographers and historians have been influenced to prostitute their pens in the most shameful manner, to serve the injurious cause.” Jefferys used his tracts to deride French geographers and historians. He argued, as did Britain’s boundary commissaries, that French maps, surveys, and reports were deliberately misconstrued.

[IMAGE 3] For example, Charlevoix argued in his history of New France that Sir William Alexander’s map divided Nova Scotia into provinces and that only the peninsula was called Nova Scotia. Jefferys argued that Charlevoix willfully ignored prominent historians, such as de Laet, who argued that Nova Scotia encompassed the entire region. Jefferys also suggested that Charlevoix must have noticed that on Sir William Alexander’s map the names of the provinces (Alexandria and Caledonia) were printed in a smaller font than Nova Scotia. Even the Jacques-Nicolas Bellin map that accompanied Charlevoix’s history marked Nova Scotia as both the peninsula and the continent. “Our neighbours are very dextrous at either expanding, or contracting,” Jefferys noted, “for, whenever they please, they can turn a single fort into a large country, and reduce a large country into a piece of coast.”

Even geographers who presented themselves as paragons of cartographic objectivity were not above reproach. Jefferys’s pamphlet was read by interested citizens, politicians, and geographers across Europe, not all of whom considered the tract politically neutral. Bellin published a pamphlet in 1755 which included a thinly-veiled criticism of Jefferys’s presumed impartiality. Bellin argued that it was indeed possible to degrade the field of geography by using maps to support false claims, which became obvious upon an examination of certain maps of North America, “particularly those recently published by English geographers.” Bellin chastised those who would chart their nation’s political aspirations over accurate representations of space: he concluded that love for country was no excuse for false geography. 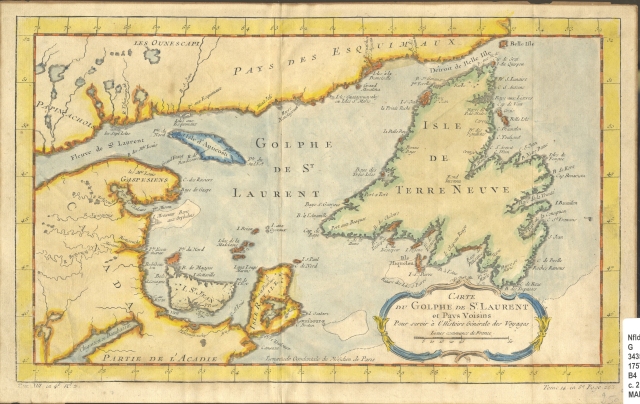 [IMAGE 4] As the primary geographer for the department of maps and plans, Bellin had access to all France’s maps and was responsible for collecting new charts and reports as they were created. His tract appeared as commissaries and diplomats were debating the limits of Acadia and had largely accepted that Nova Scotia was the entire peninsula. It was Britain’s claims to the western coast of the Bay of Fundy, homelands of the Wulstukwiuk and Abenaki, that had French diplomats concerned. Bellin’s provocative arguments, coming only two years after the Robert de Vaugondy family’s scandalous maps, did nothing to ease international tensions.

Jeffers Lennox’s Homelands and Empires: Indigenous Spaces, Imperial Fictions, and Competition for Territory in Northeastern North America, 1690-1763 won the 2018 Clio Book Prize for Atlantic Canada. He is an assistant professor in the Department of History at Wesleyan University.

The Acadiensis Blog is a place for Atlantic Canadian historians to share their research with both a scholarly and general audience. We welcome submissions on all topics Atlantic Canadian. If you are interested in contributing to the blog, please contact Acadiensis Digital Communications Editor Corey Slumkoski at corey.slumkoski@msvu.ca.
View all posts by The Acadiensis Blog →
This entry was posted in Book Excerpt, Indigenous. Bookmark the permalink.